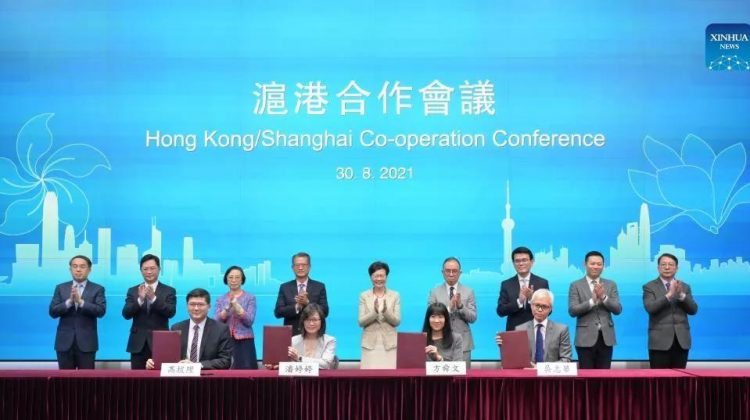 Several memorandums, an agreement and a letter of intent are inked between Hong Kong and Shanghai during the fifth session of Hong Kong/Shanghai Cooperation Conference, Aug. 30, 2021. (Xinhua)
HONG KONG, Aug. 30 (Xinhua) — Hong Kong and Shanghai agreed Monday to expand cooperation in various areas from Belt and Road Initiative to cultural and creative industries.The two places reached a consensus online to collaborate in altogether 13 fields in the fifth session of Hong Kong/Shanghai Cooperation Conference presided over by Chief Executive of the Hong Kong Special Administrative Region Carrie Lam and the mayor of Shanghai Gong Zheng. 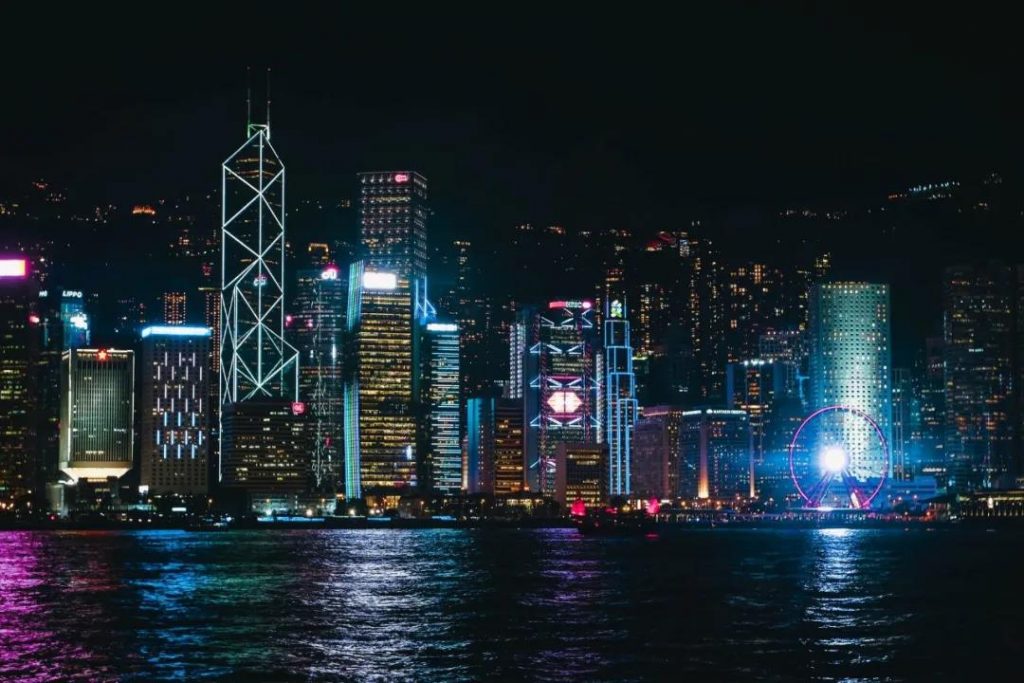 The cooperation will cover the finance, education and talent development, legal and dispute resolution, and facilitation measures for Hong Kong people in the mainland.Several memorandums, an agreement and a letter of intent were inked during the meeting.

The relationship between Hong Kong and Shanghai has become closer and more diversified and the two places should strive for broader, closer and deeper cooperation in the period of the country’s 14th Five-Year Plan (2021-2025), Lam said.

Gong urged the two places to further integrate into the country’s new development paradigm and expand cooperation in key areas, including urban digital transformation, leading industries such as artificial intelligence, and cultural exchanges.