In the previous topic on personal income tax in China,
we discussed Kevin’s case as the example of non-resident individual.
This time, we will talk about Michael’s case.
Let’s take a look!

Resident Individual: applicable to “Global Personal Income Taxation”
In the video, Michael’s basic info tells us his residence status and the length of stay in China, and Michael meets the standard of “individual resident” .

1 Semi-residents ( nicknames for easy understanding): If they have lived in China for a total of 183 days in a year and less than 6 years, they do not need to pay taxes to the Chinese government on the overseas income they obtain.
2 Full- residents ( nicknames to distinguish from “semi-residents”): A year of residence in China for a total of 183 days for 6 consecutive years, and no single departure in any year for more than 30 days, Then it needs to pay taxes to the Chinese government on global income.
In other words, if it is a “full resident”, regardless of nationality, domestic and overseas income must be taxed. Then there will be the problem of global double taxation. In order to avoid this problem, China has signed bilateral tax treaties with more than 110 countries and regions, which not only avoids double taxation between the two countries, but also prevents tax evasion.
For tax treaties, there are the following key

points that you need to know:

(1) Tax treaties are international laws, and their application takes precedence over domestic laws.

(2) Tax treaties give taxpayers preferential treatment, and taxpayers have the right to choose.

(3) The prerequisite for the application of the tax treaty is the taxpayer must be the tax resident of treaty nation. 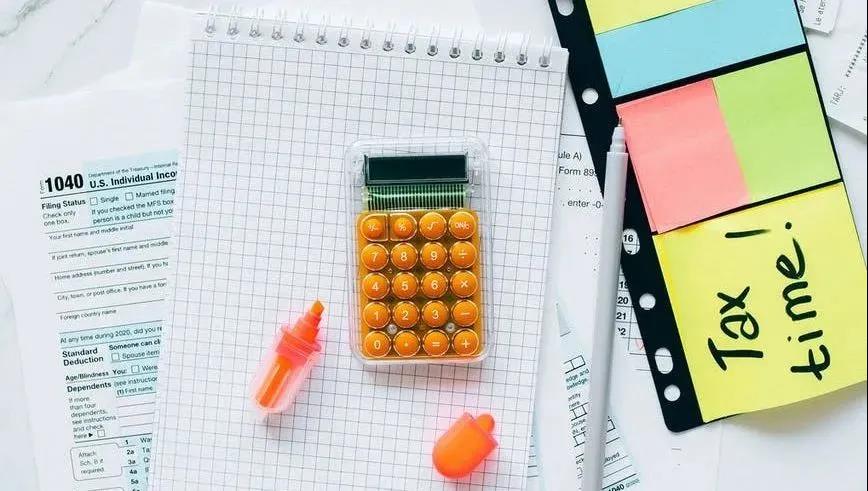 The taxpayer is only a tax resident (resident taxpayer) of the other party’s contracting state and a non-individual resident in China (with less than 183 days of residence in the China within a tax year), the tax treaty can be normally applied.

A taxpayer who is a tax resident of the other treaty nation is also regarded as a tax resident of China, and it is necessary to confirm the tax resident status according to the  permanent accommodation> important interest center> customary residence> nationality) as principal of Applicable tax treaties.

(1) Reasonable housing subsidies, food subsidies and laundry fees obtained in the form of non-cash or reimbursement.

(2) The relocation income obtained due to employment or resignation in China shall be reimbursed.

(4) Reasonable fees for visiting relatives (the place of employment is to take transportation in the place of the family, no more than 2 times a year.) 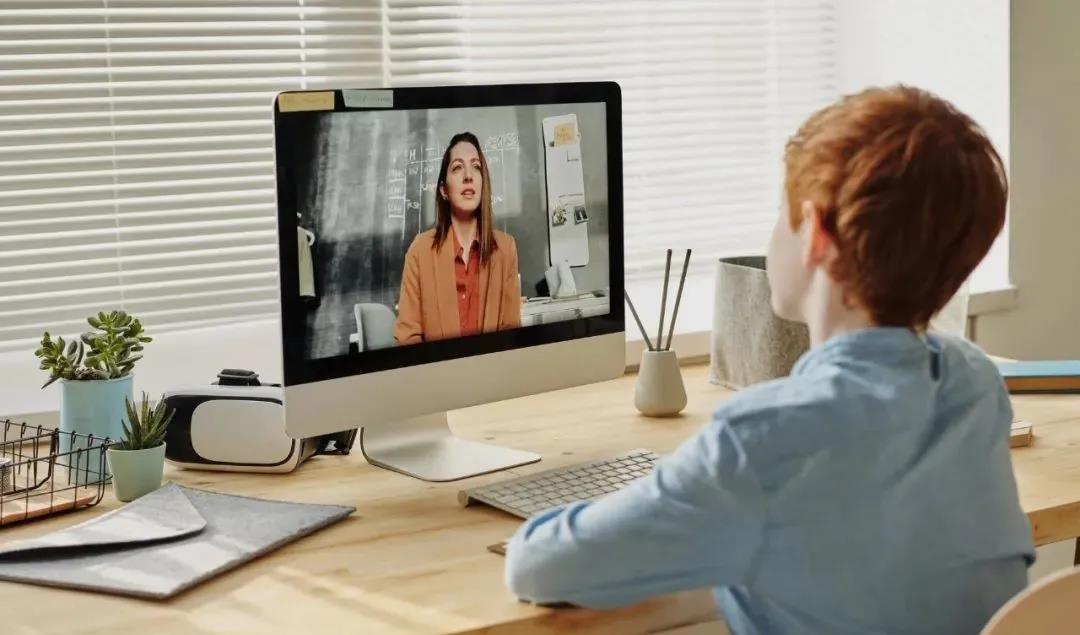 Six Special Additional Deductions
As long as resident individuals have expenses that meet the six items,

Those expenses can be deducted from the taxable income in accordance with the regulations.

Attention: foreign residents can only

choose one tax subsidies out of these two

According to the regulation, from January 1, 2019 to December 31, 2021, foreigner who meet the requirements of individual tax residents can choose to enjoy the special additional deduction of personal income tax, or choose the eight subsidies mentioned above, and once selected, it cannot be modified within 1 year. 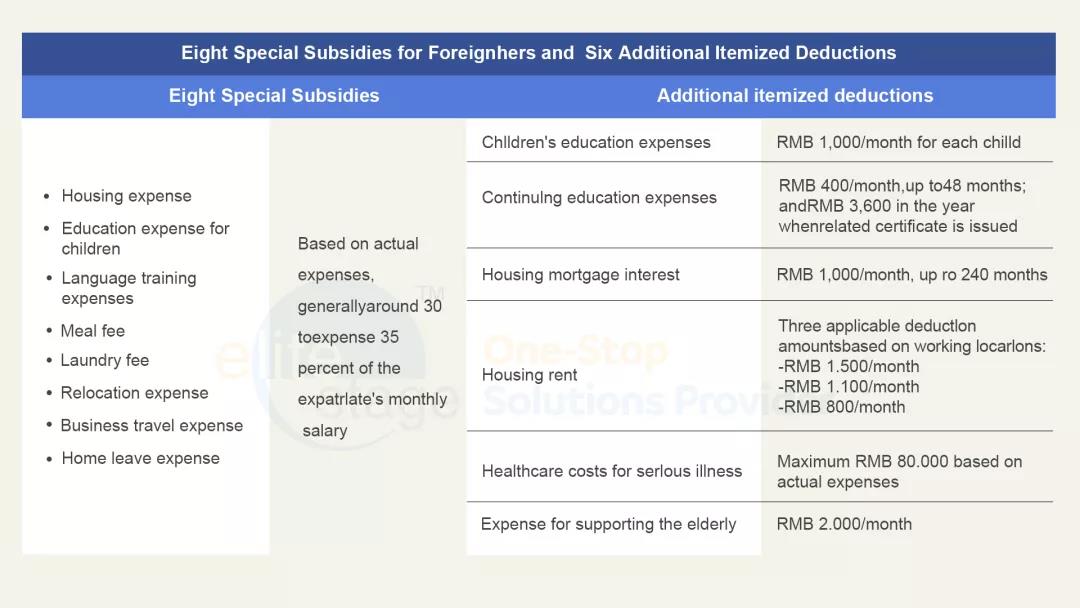 In addition, starting from January 1, 2022, foreign individuals, if no new policies are introduced, the eight subsidies might will be canceled.

Above content we mentioned is from a general point of view. In real practice, every specific case should be analyzed specifically.